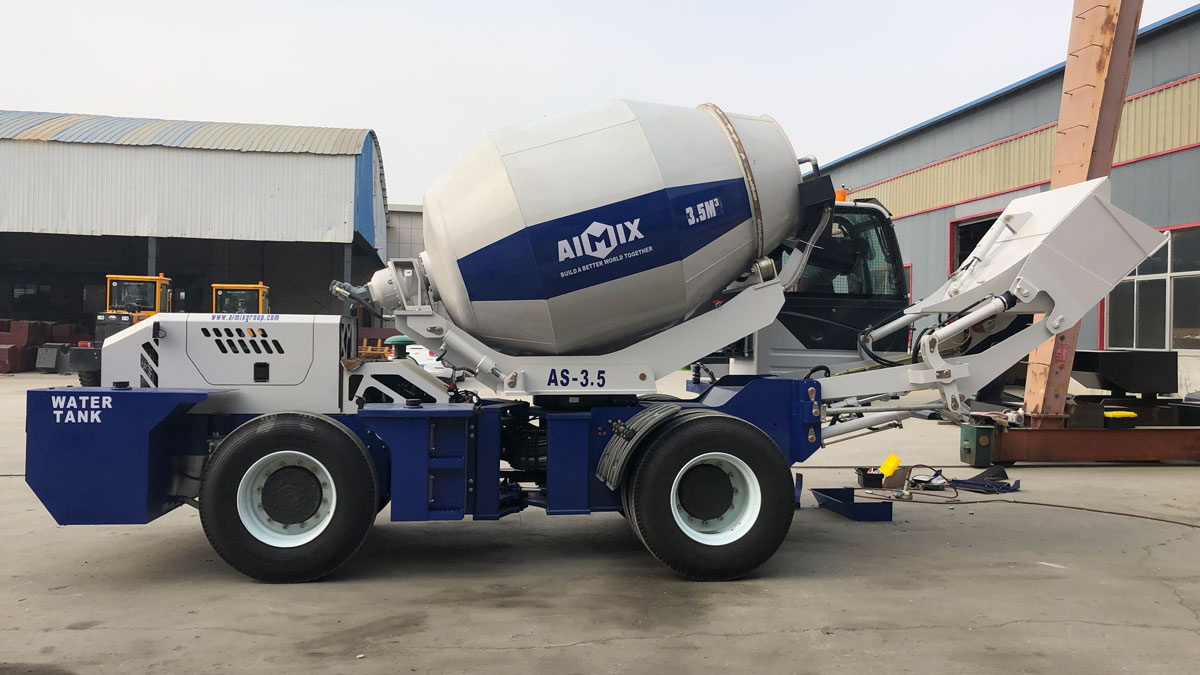 At the end of October 2020, the AS-1.8 and AS-3.5 cub self-loading concrete mixer trucks ordered by our Filipino customers were produced in our factory. Our engineers conducted strict inspections on them and the two machines were operating normally. Then we started packing and preparing to ship to the port and to the Philippines. Below are some photos of the equipment in the box and in operation:

The AS-1.8 and AS-3.5 ordered by customers are our best-selling models, and they have also received good feedback from customers in the Philippines. It should be noted that 1.8 here refers to the mixing capacity, which is the capacity of a mixing tank. Under normal circumstances, a self-loading mixer truck can mix 5 tanks of concrete an hour, so the capacity of the AS-1.8 model is 9m3/h. In addition, It should also be noted that there will be a certain difference between the theoretical capacity and the actual capacity. For example, the dryness and wetness of concrete, the slope of the engineering road, and other factors will affect the actual production capacity of self-loading mixers, so it is recommended to consider the actual demand when choosing.

In the Philippines, some customers can’t distinguish between self-loading mixer trucks and concrete mixer trucks. Let’s briefly introduce the difference between the two:

The concrete mixer truck is mainly for transportation and has no function of loading concrete. It is generally used in large and medium-sized concrete mixing plant projects to transport finished concrete.

The self-loading mixer truck has the functions of feeding, mixing, unloading, transportation, etc., similar to small mobile concrete batching plant, generally used for some small projects, especially suitable for some mountainous areas, rugged roads, and other mountain environments. Therefore, It is more suitable for some remote areas where concrete consumption is not very large.

In addition to the 1.8 and 3.5 square self-loading mixers, we also have other models, such as AS-1.2 and AS-2.6 with small capacity, AS-4.0, AS-5.5, and AS-6.5 with large capacity. In terms of design, You can also modify the plan according to different project requirements to meet the actual engineering needs. If you need more detailed product information, please consult us:

1.8 and 3.5 Cub Self-loading Mixer Trucks were Successfully Sent to the Philippines

1.8 and 3.5 Cub Self-loading Mixer Trucks were Successfully Sent to the Philippines

Feedback of AS-3.5 Self Loading Mixer and ABT40C Concrete Pump from Indonesian Customer